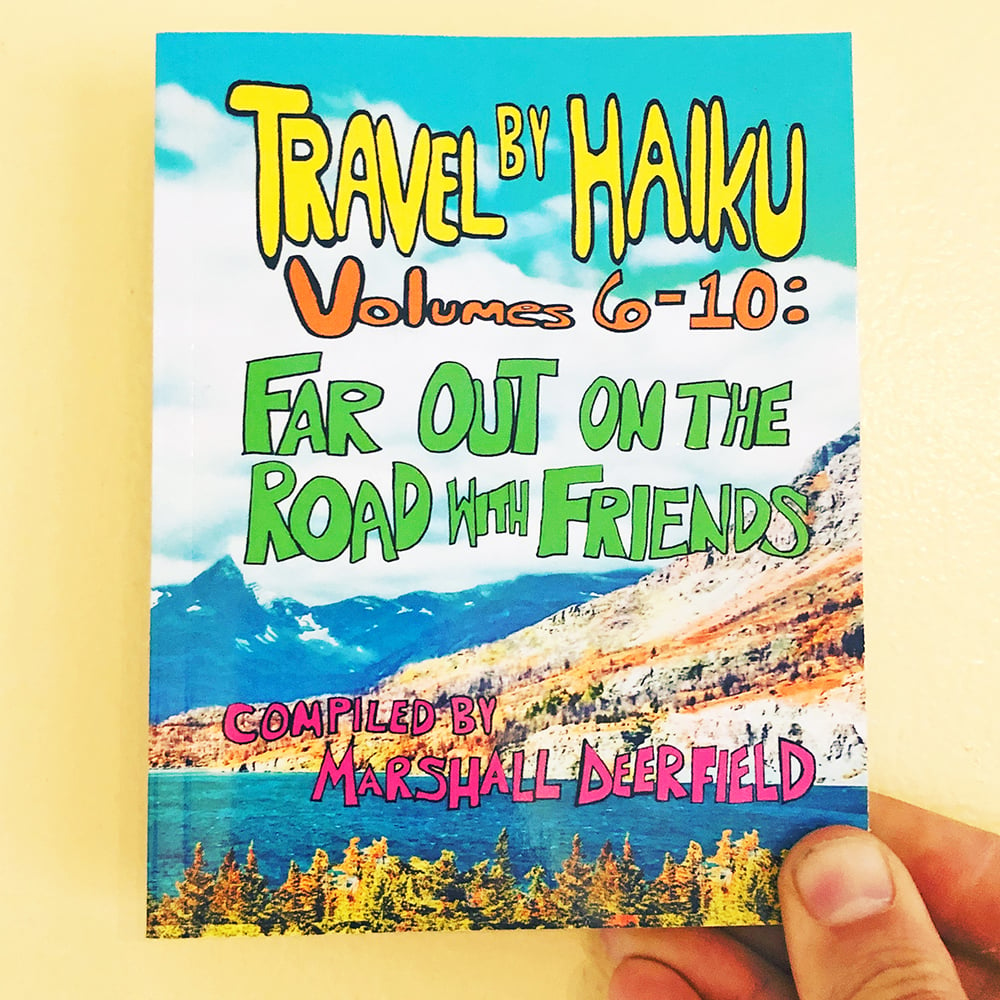 Travel By Haiku: Volumes 6-10, Far Out On The Road With Friends is a modern ode to the community found on the road, written by six navigators of its far reaches over the course of three separate road trips. The first, a roadrunner's ramble through the Big Bend region of West Texas with Augustus Depenbrock. Followed by a month-long jaunt up the Pacific Coast from Los Angeles to Seattle, stopping at every natural wonder along the way, with Shane Donnelly and Tara Lynn Faith Williamson. Last, but not least, a dive deep into the Rockies with Stephanie Beattie and Cameron Christopher Stuart, on the way from Taos, New Mexico to the crown jewel, Glacier National Park in Montana. Those familiar with the American Pops of Jack Kerouac, the blues-infused ku of Sonia Sanchez, or the travel fiction of Basho will see the parallels between the spirit of the road, as it was and as it is now. An ever-changing, undying wanderlust that brings people together across distances unknown, until they are adventured, together.

​In this collection, our hero Marshall Deerfield ties it all together as a young poet growing wilder. An experienced driver, following the bends in the road, from mystical beginnings between myth and nature to a complete immersion in the woods that all this time he has been seeking. This book like a vehicle points the direction and revs its engine, fueled by each haiku as it carries the reader towards the sublime only ever found in the stillness of Earth's deepest corridors. It is an affirmation. We all have this opportunity to find our woods and find the words to uplift what remains of the natural wildness that exists all around us, as well as the endless wilderness waiting to be cultivated within.

“Travel by Haiku is an invitation to simply notice and celebrate the poetic unfurling of our vibrant and complex existence.”
–– Marian McLaughlin, songwriter of Lake Accotink

“Deerfield takes starry-eyed readers on a journey where the road curves and collides with the comradery and natural wonder one finds by wandering the landscape of the American West, chasing inspiration in each syllable of synchronicity.”
–– Jeremy M. Brownlowe aka Typewriter Troubadour

“An intrepid installment in Deerfield’s poetic travelogue series, Travel By Haiku enthralls and delights in its multifarious encounters with landscape, mindscape, and humanity.”
–– Julia Daye, author of The Edge Of Waking

“Deerfield has done an excellent job reminding us there's still a beat to be found round every corner, we just have to look and listen for its sound.”
–– Ras Jiro, director of American Dust